What is the Shell?

The Shell is a program that takes inputs through the keyboard and passes them to the operating system for execution. It is a command-line interface into which users type commands.

POSIX is a family of standards for maintaining compatibility between operating systems. Compliance to the standard ensures compatibility as you move through various Unix-like systems. The primary focus is on AT&T System V UNIX and BSD UNIX. The specification covers aspects such as network file access, system interfaces, commands and utilities among others. The shell falls in the category of commands and utilities.

How Do You Run the Shell?

The terminal emulator depends on the desktop environment you are using. Gnome users get gnome-terminal, XFCE has XFCE Terminal while KDE has Konsole.

We can run commands on a local machine or a remote device through SSH, copy files with SCP or transfer files using SFTP.

How to Find Installed Shells

The output indicates the various shells you have installed 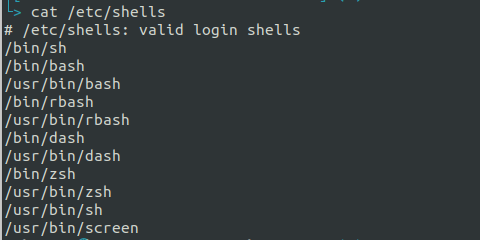 There are four categories of shells:

We have looked at the basics of what a shell is and why it is necessary.
Stay tuned for more as we explore file manipulation, permissions, and users in the upcoming posts.